I met Jeff and Tanya more than a year ago when they flew down from Michigan and wanted to have their engagement photos taken on the beach in Fort Myers.  It was a crazy day for them having flown in the day before and discovered that the air conditioning in their house had gone out.  It was a hot, humid day and by the time we met, they were a bit frazzled.  Nevertheless, we had a fun time photographing around the beaches and got some amazing photographs. 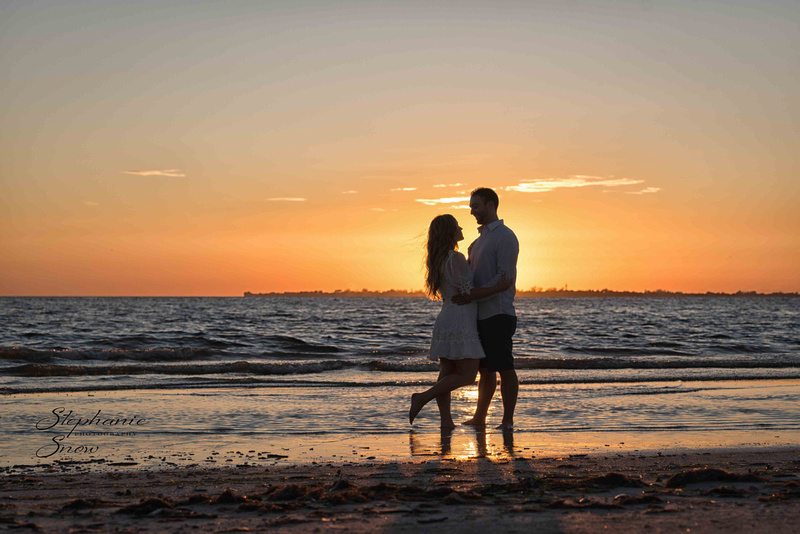 They told me that they were looking forward to getting married in the Dominican Republic in May and although we stayed in touch, I never imagined I would be the one photographing their wedding.  When COVID restrictions went into effect in March and April, they knew their wedding was going to have to be postponed.  It was a long summer for them and Tanya's mom, Sara, who was their wedding coordinator.  They considered getting married in Hawaii, the Florida Keys, or even at home in Michigan.  Sara and I talked several times over the summer and I was happy to offer suggestions because I wanted to do anything I could to help make sure this deserving couple got everything they wanted.

Finally in late October Sara called me one more time and told me Jeff had committed to having a "surprise" wedding for Tanya.  Plans started to get made with a location and date set.  In the end Tanya was told about it but still let Jeff and her mom plan the whole day.  Both moms definitely deserve awards for pulling together every detail to make this the dream wedding for Jeff and Tanya.  And they did it all in just three weeks. 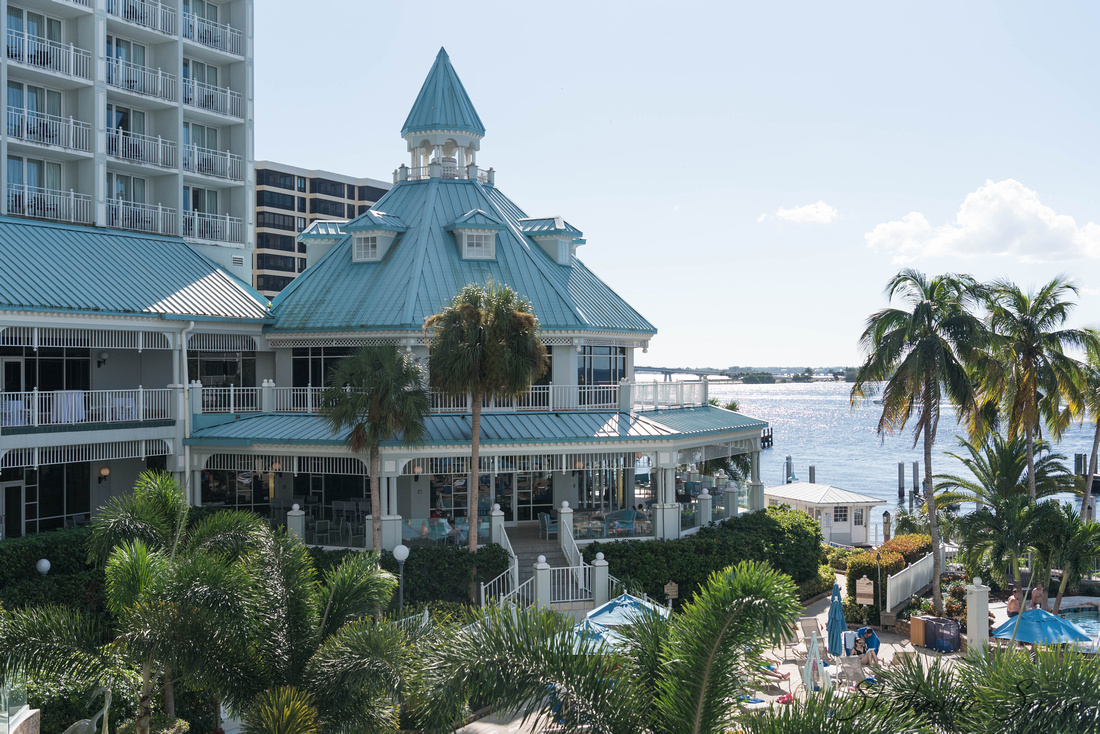 It was a beautiful Saturday in late November when the family and friends finally came together to make it official.  The Marriott Sanibel Harbour Resort and Spa is a beautiful venue.  The ladies were able to be pampered and get ready in their own spa location while the men had a private banquet room in the main building.  Although the beach area is small, it's a lovely location for small wedding parties. 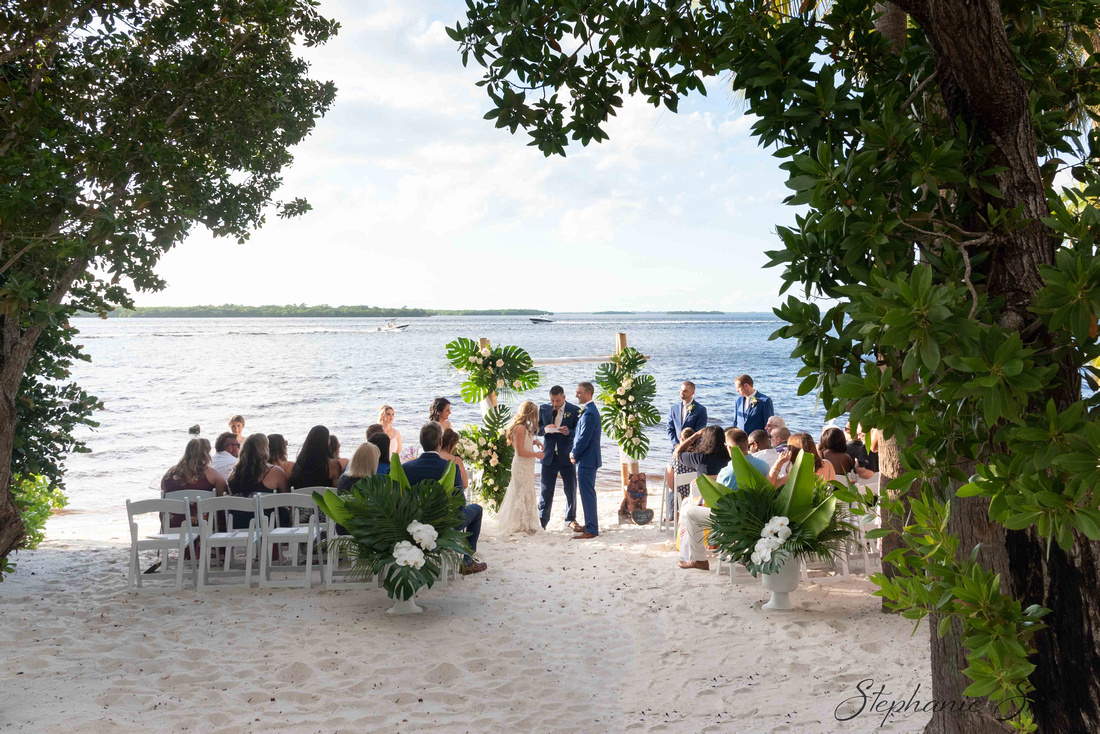 When I arrived Tanya and the ladies were finishing hair and makeup and had plenty of time before getting dressed.  After spending some time with them, I found the groom and his men.  Jeff was anxious to get dressed and ready to get the pictures started.  The men were surprisingly happy to be photographed and we had lots of fun posing and goofing off on the second floor. 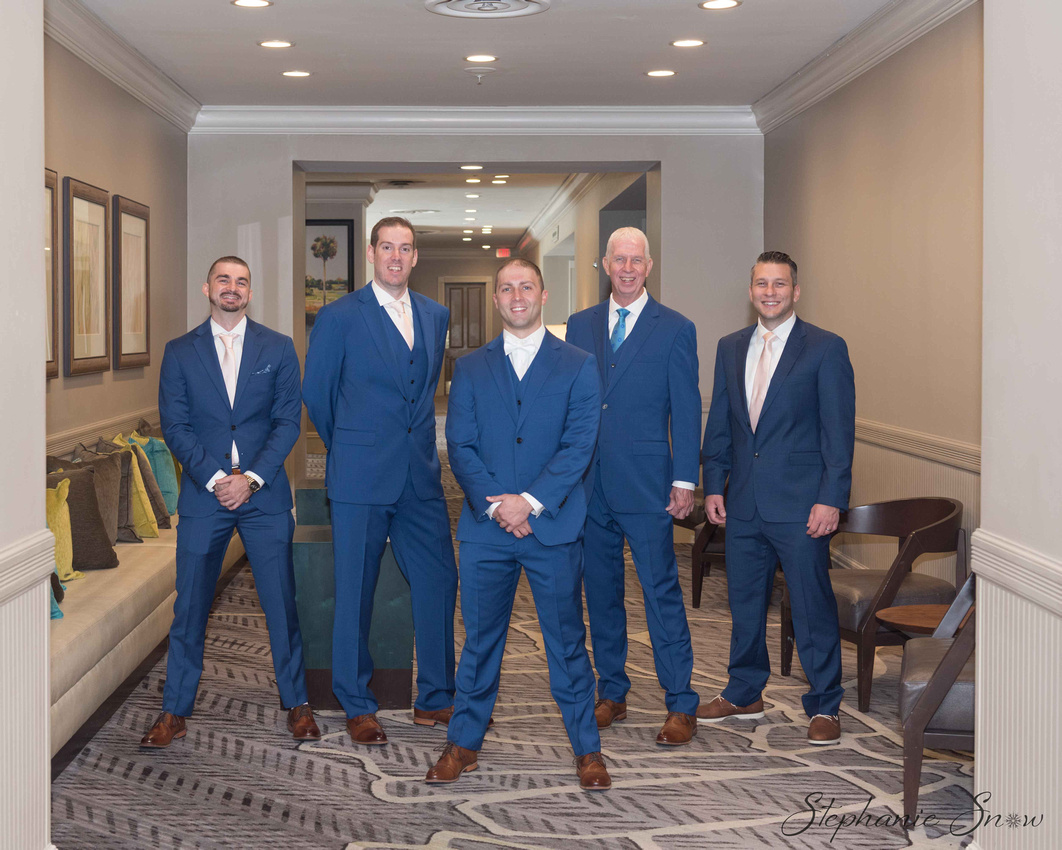 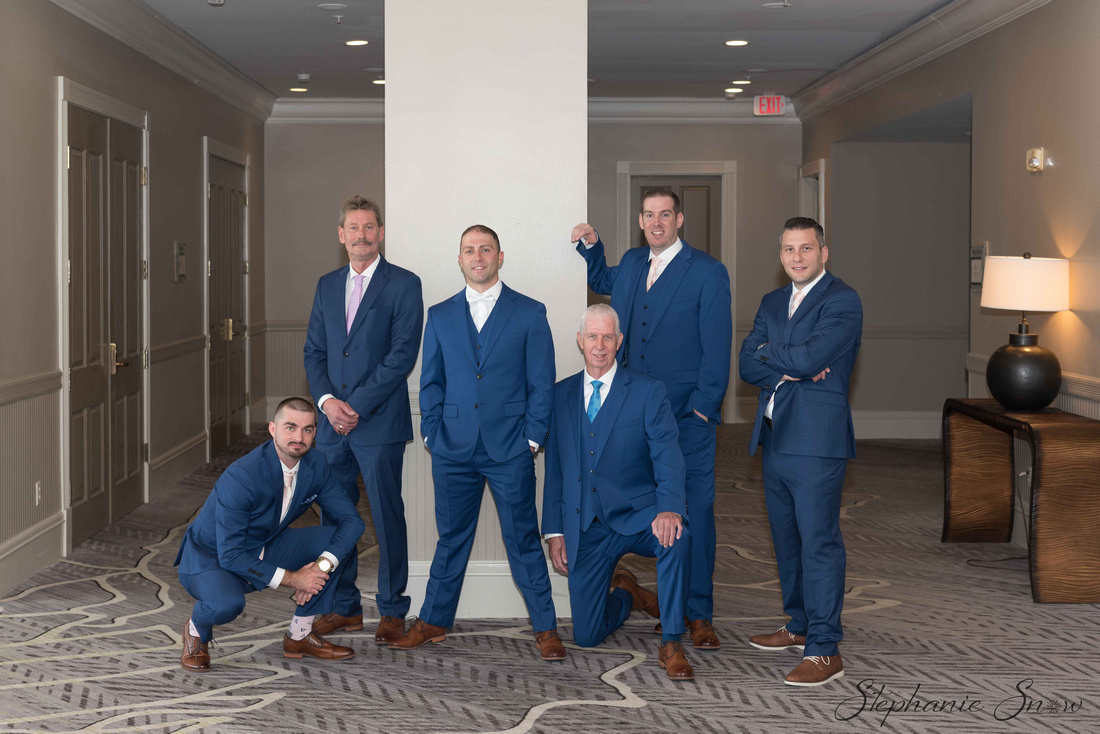 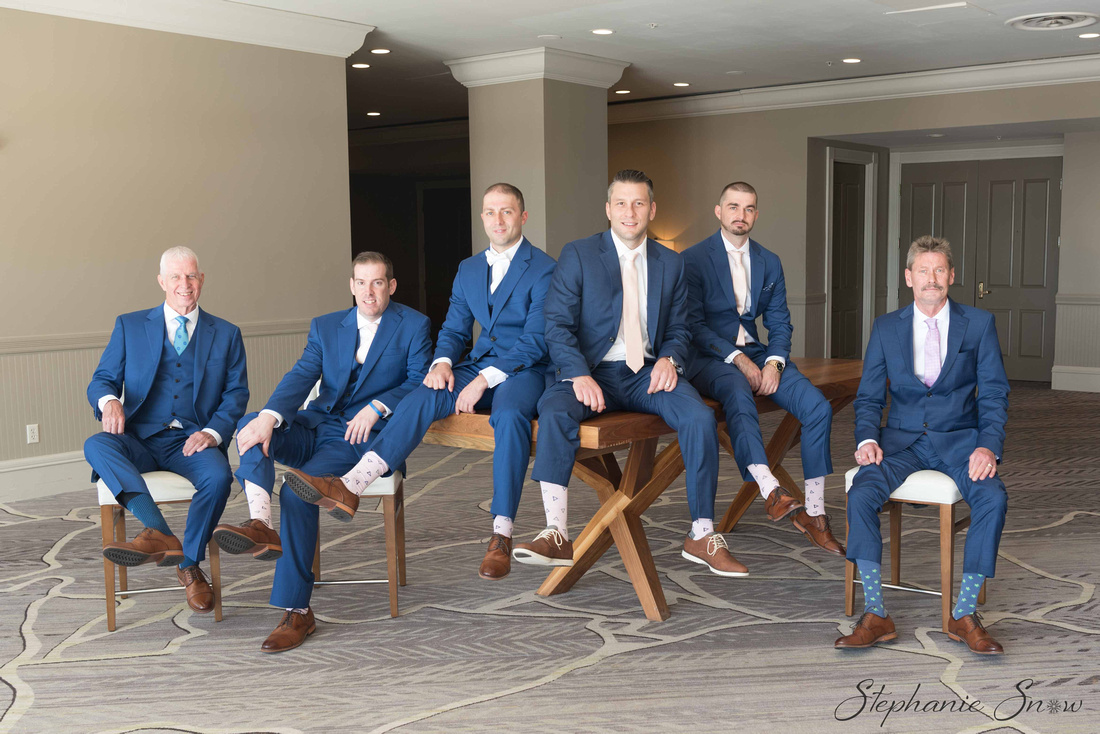 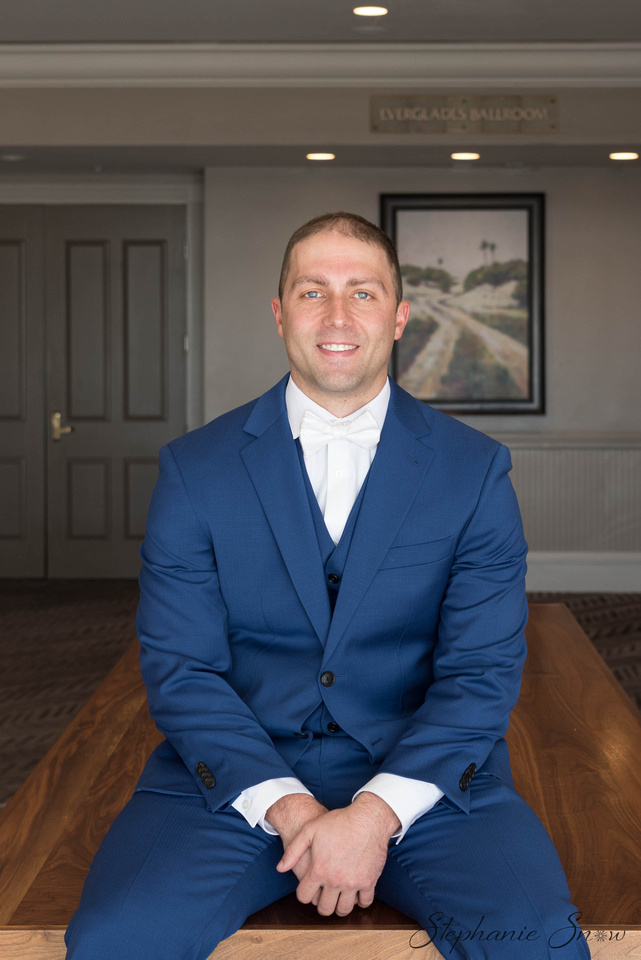 Then it was time to get back to the bridal suite and get the ladies into their dresses.  Laughter and love filled the air as Tanya's team got her ready, primped and dressed. 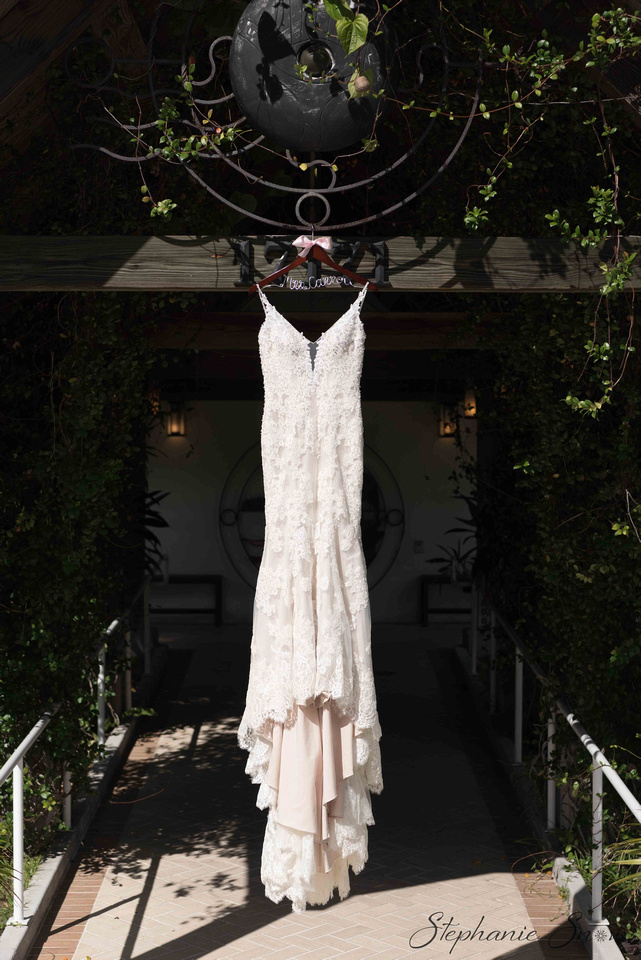 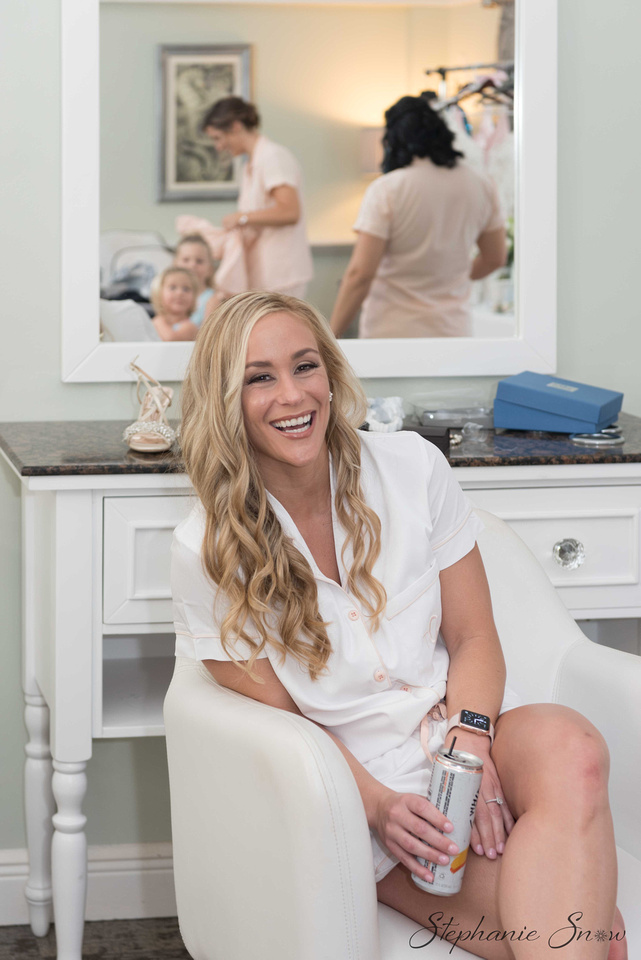 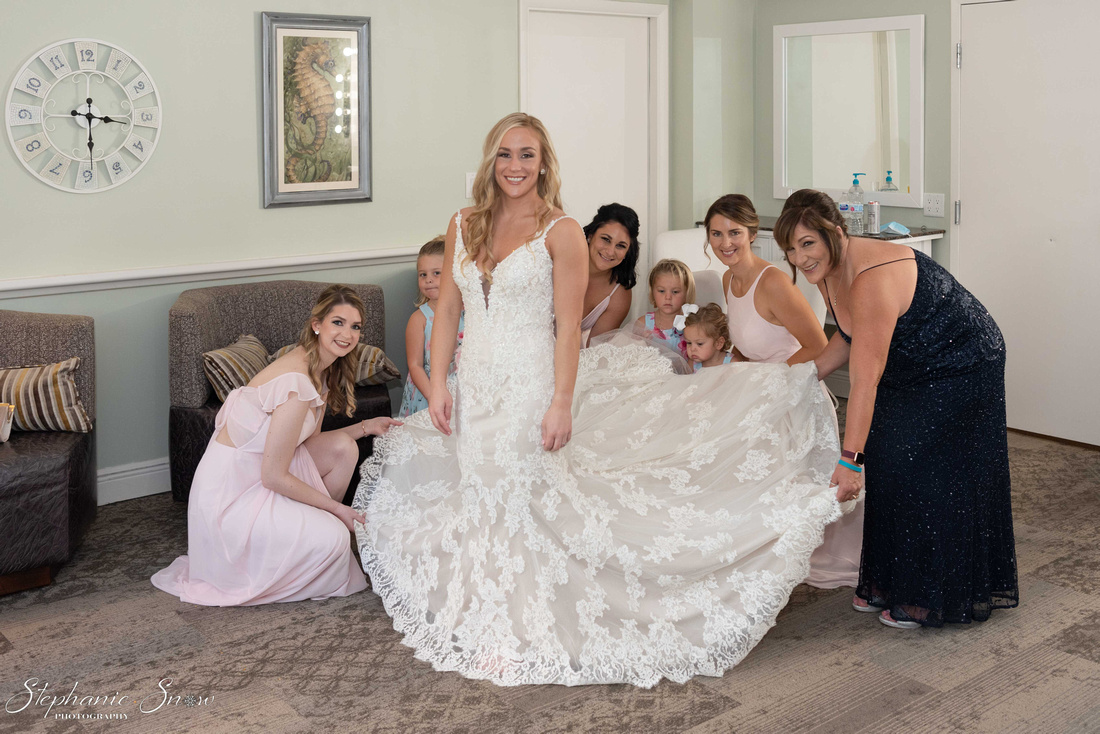 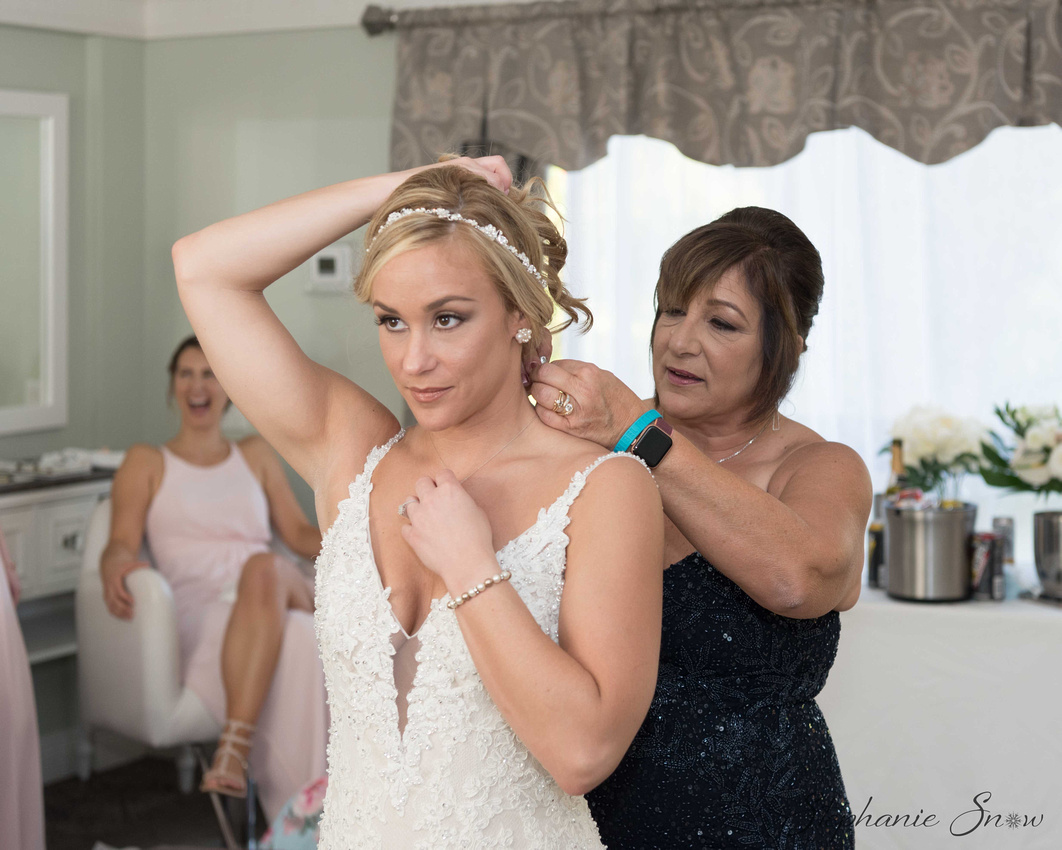 With everyone dressed and ready it was time to get everyone to the ceremony.  Jeff's mom had the honor of putting on all the men's boutonnieres before they made their way down to the beach. 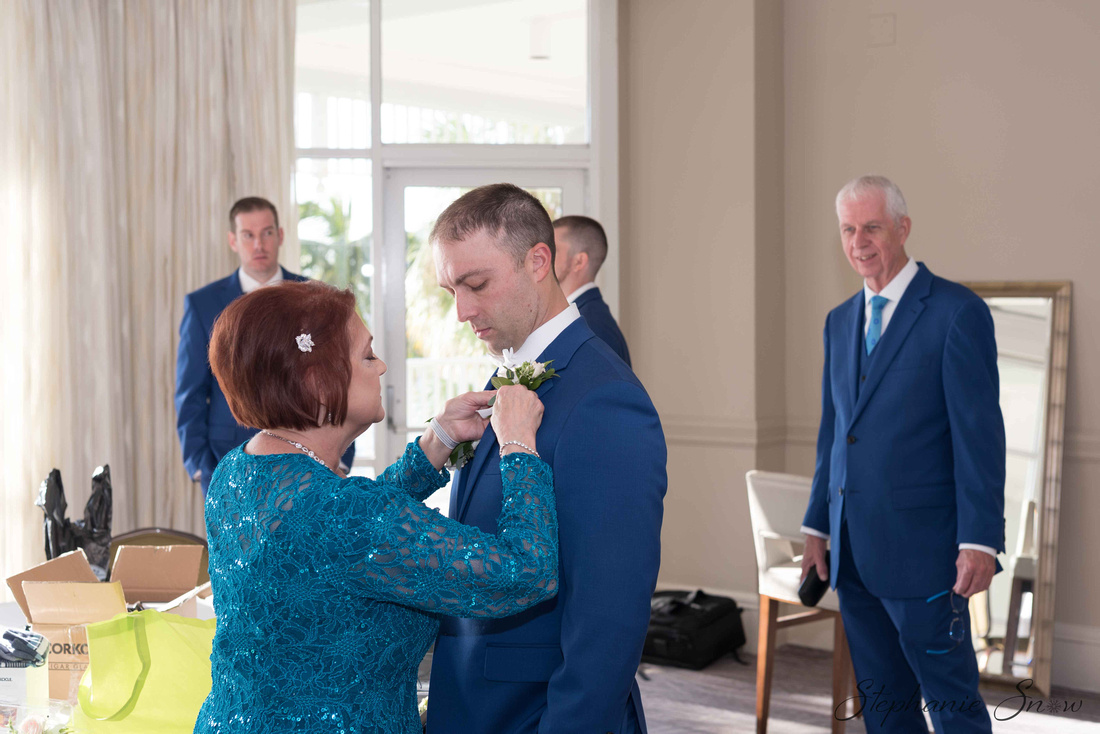 Tanya was walked down the aisle by her mom and dad as Steve Ash from To Honor You Weddings and Special Events, provided the music and microphones for the day.  Tanya was hoping that Jeff would cry when he saw her but instead it was all smiles that came through. 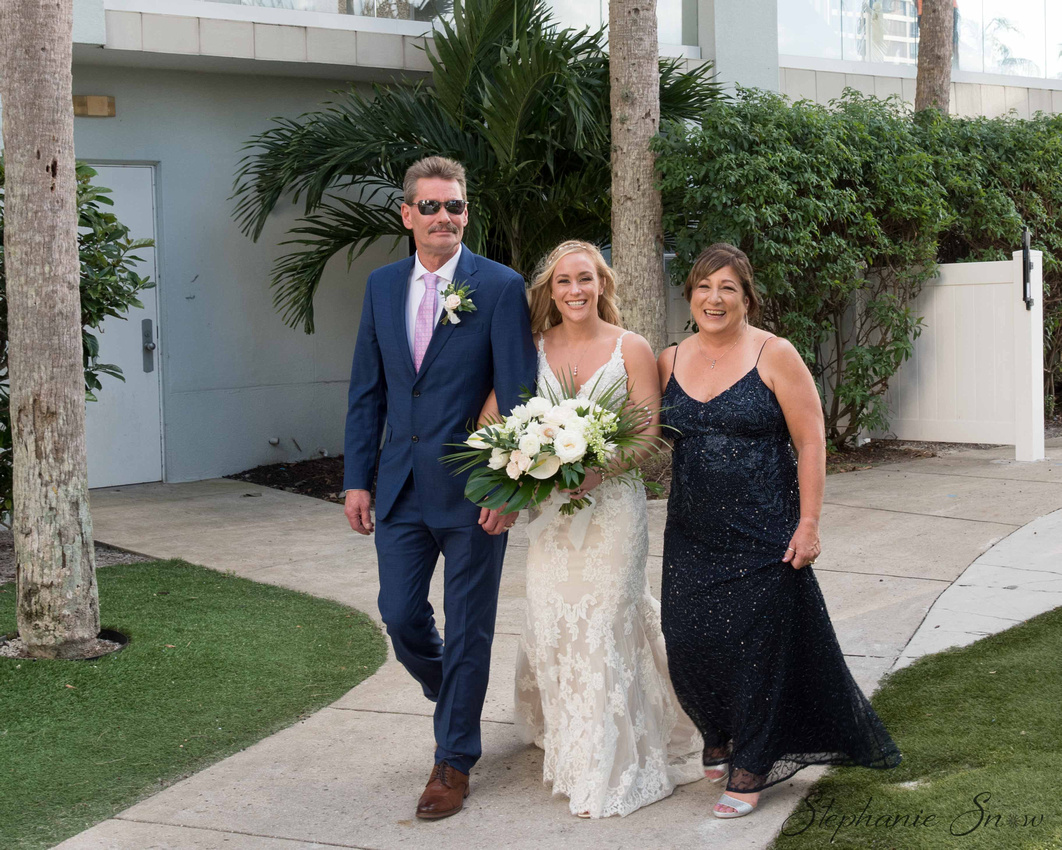 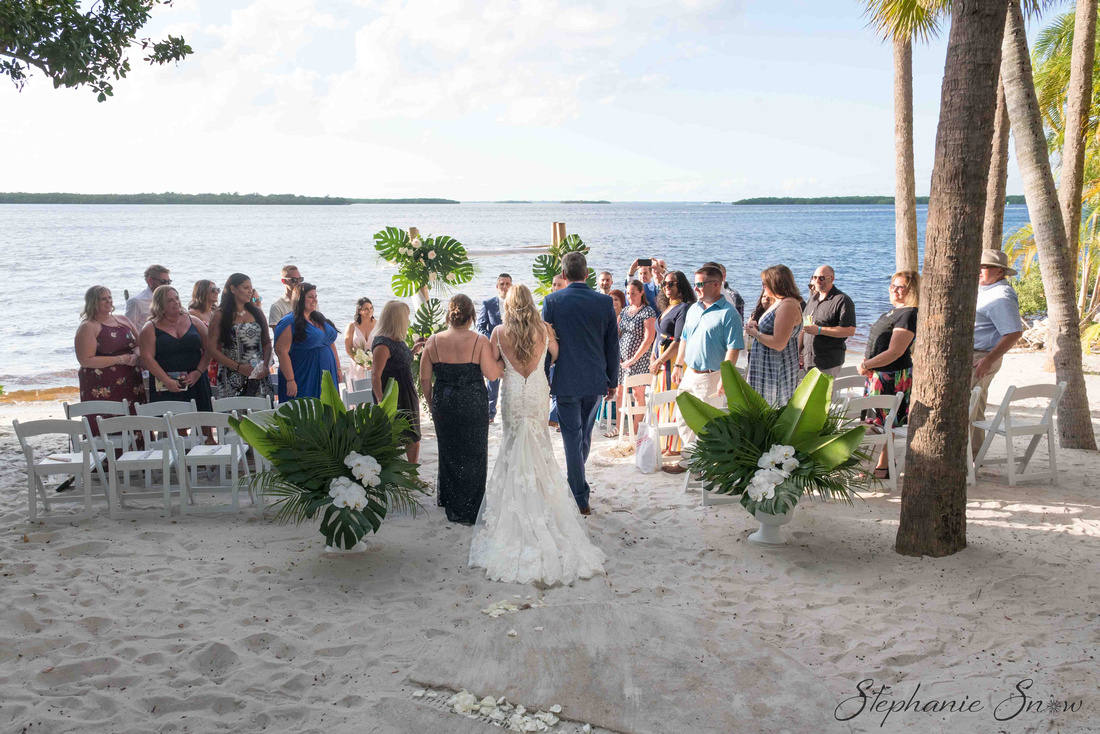 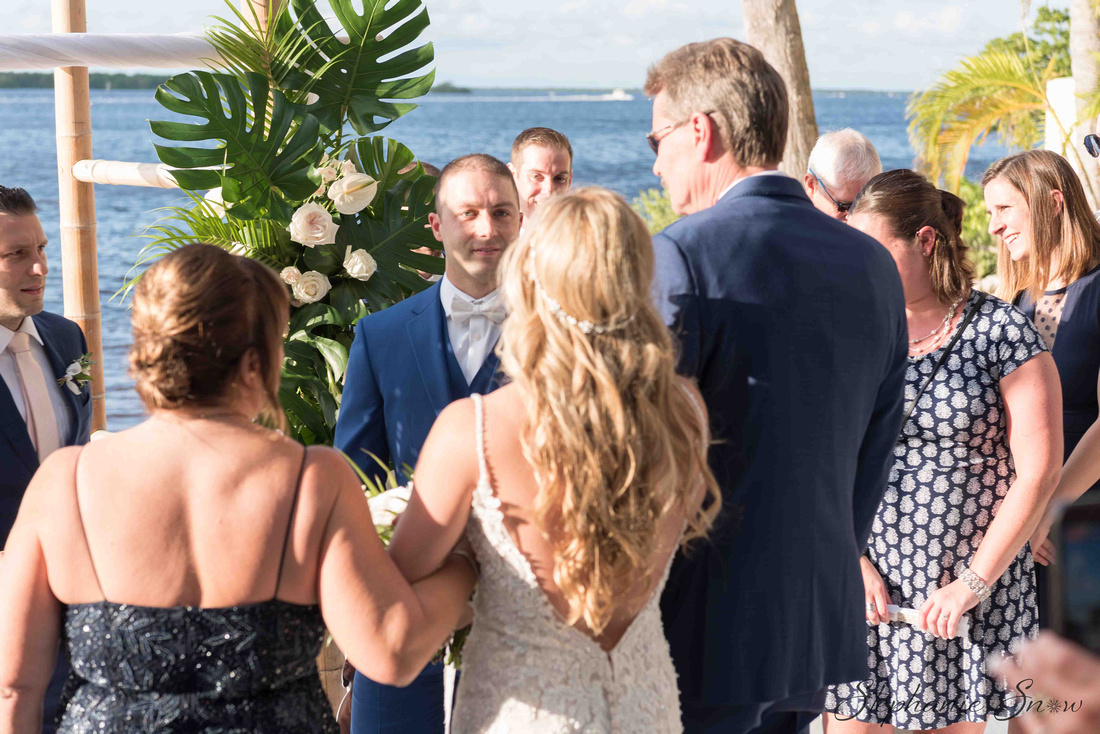 Tanya's brother officiated the wedding and did a great job of making it personal and fun.  Tanya's face said it all as she smiled and laughed all the way through the ceremony. 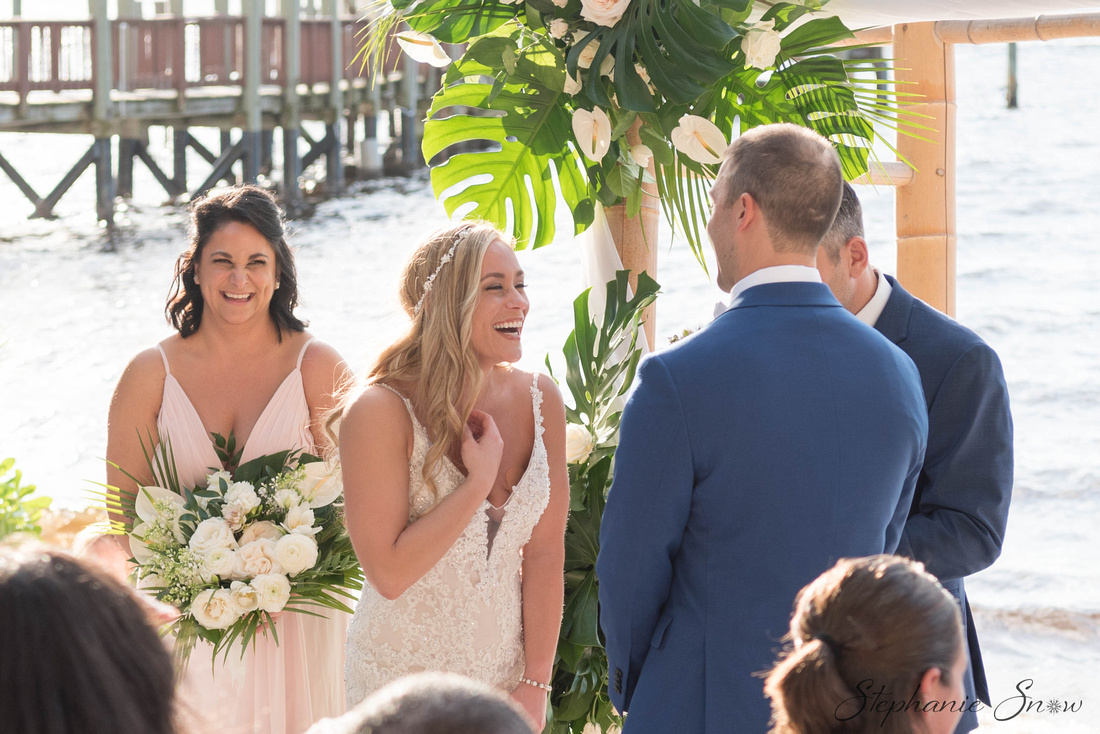 Then it was hugs and kisses, family photos and private time with the newlyweds! 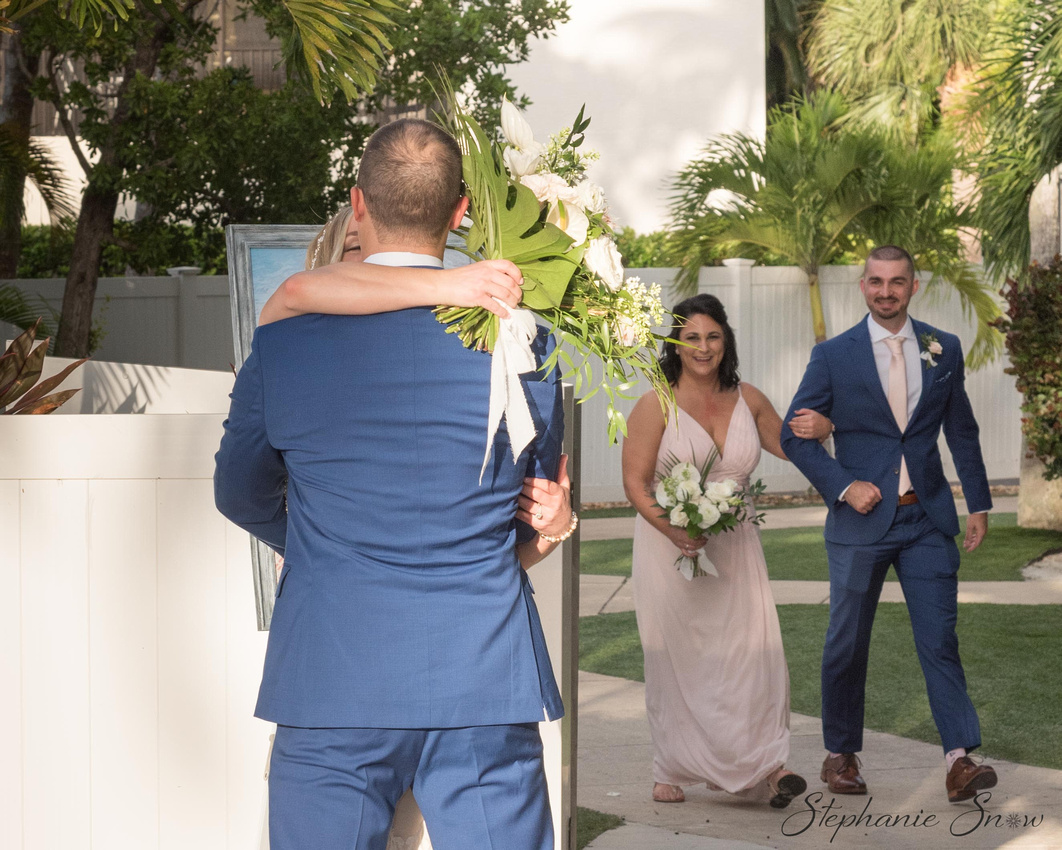 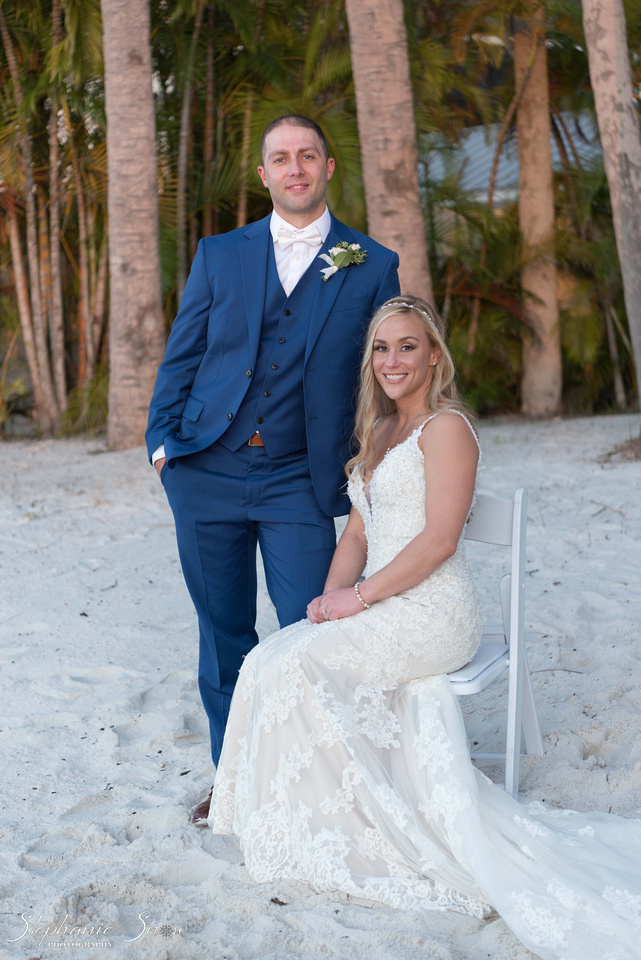 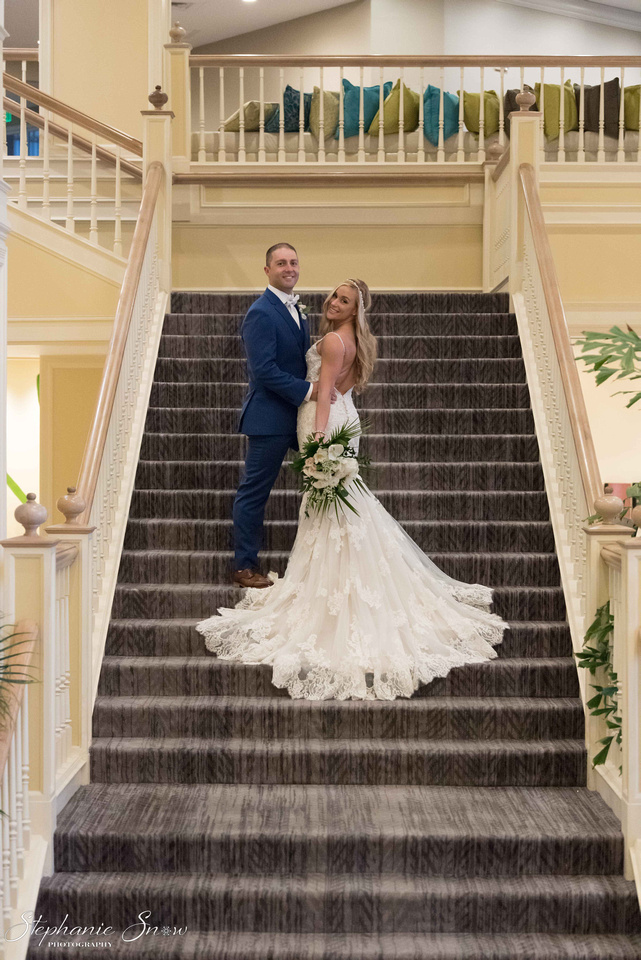 The reception in the Island Ballroom was perfect.  Tanya and Jeff beamed as they were announced for the very first time.  The evening was filled with toasts, dancing, and a fun shoe game.  This wedding was not the day they first imagined but in the end was even better than they could have dreamed of. 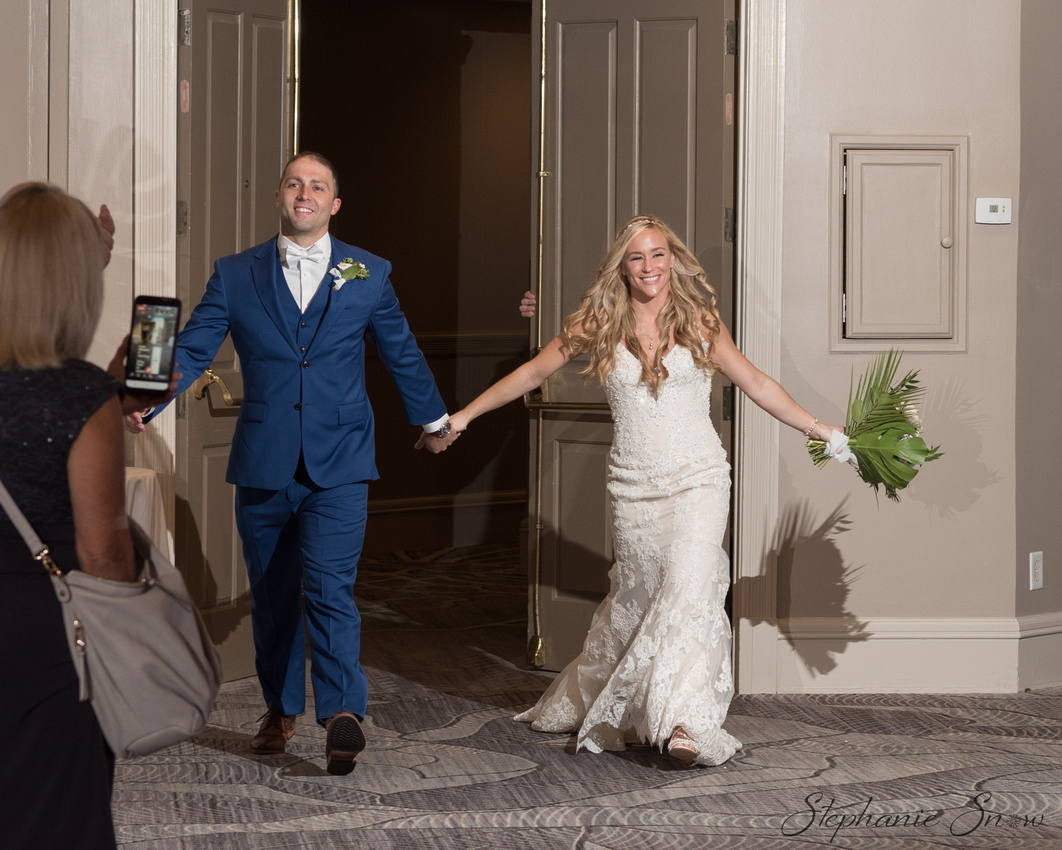 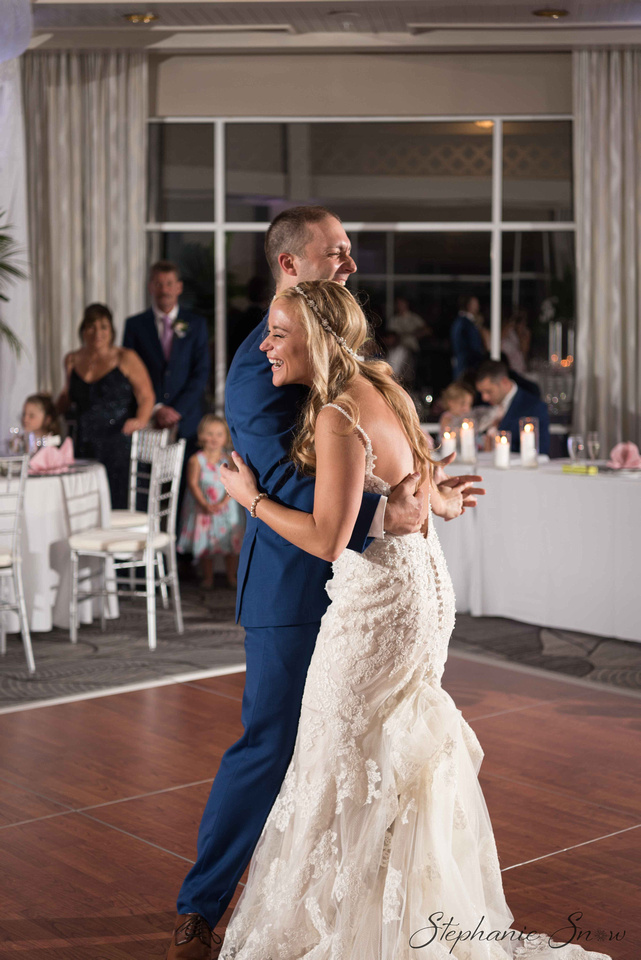 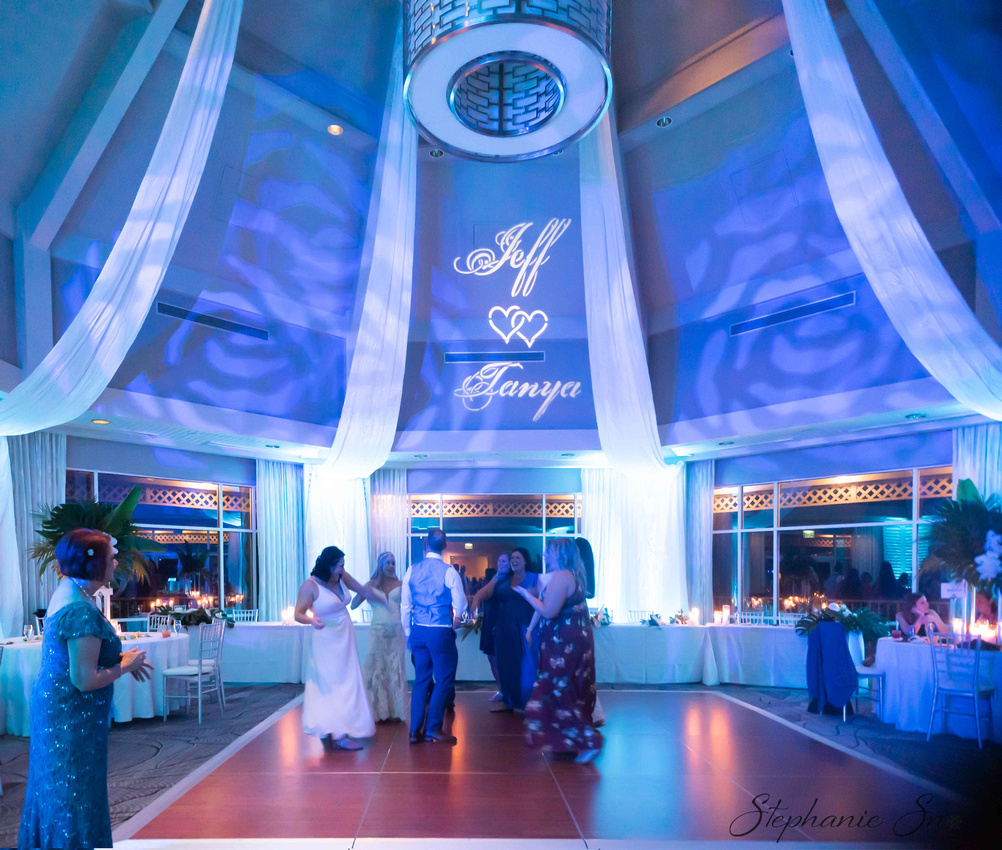 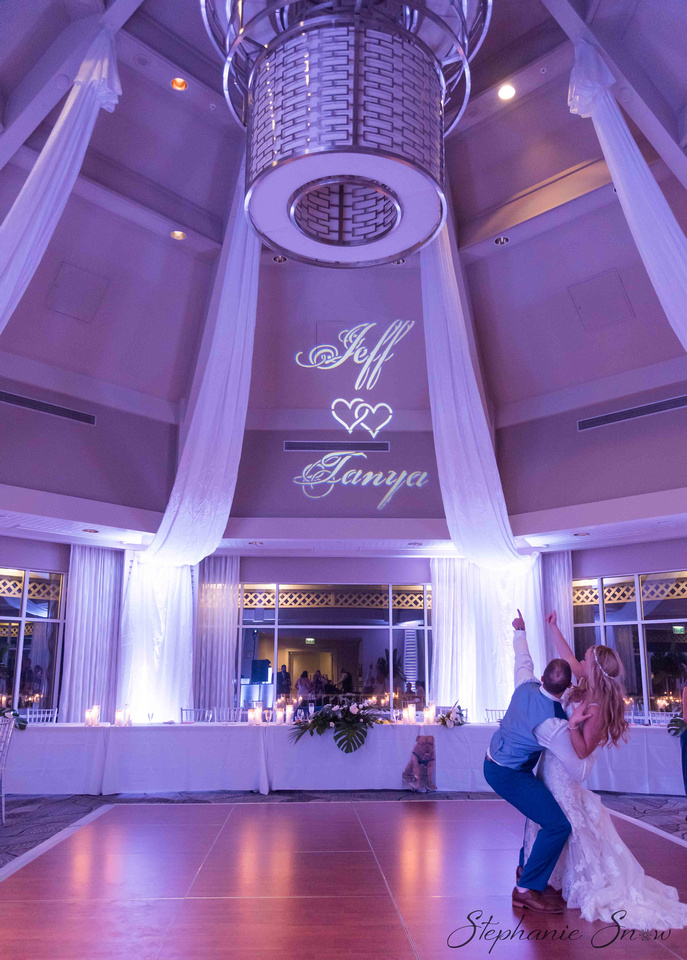 CONGRATULATIONS TO TANYA AND JEFF.  May your lives always be filled with love and laughter.