Living in Englewood Florida I am used to seeing restored antique cars around town.  Not only do these collectors meet every Wednesday morning at Stefano's but they gather the first Saturday of each month on Dearborn Street.  Whether it's seeing 100 cars together or just one here or there as I'm out running errands, it always adds a smile to my face.

As a photographer, I always thought it would be fun to photograph some of these owners and their cars.  I finally decided it was time to find the right person to photograph and my search led me to Dave Lanning.  His passion for cars started as a young man when he was working for Snap-On-Tools in Wisconsin.  Throughout his life he has owned more than 100 cars and happily showed me around his garage where he is restoring and enjoying more than a dozen different cars.  He knows each car inside and out and loves sharing stories about how he acquired the cars and where he's driven them.  He believes these cars should be driven and enjoys taking long rides with his wife.

He happily agreed to a photo shoot with me and I chose the 1936 Railton Tourer.  Dave told us that there were only 1300 of them made and only two in existence, one of which is in England and his is the only one in the United States.  I could say I chose that car to photograph because it was rare, but in reality I liked that it was a red convertible with great curves.

We met early one morning on the road leading to Snook Haven Restaurant because I thought the tree canopy would be a good place to photograph it without a lot of distracting elements. 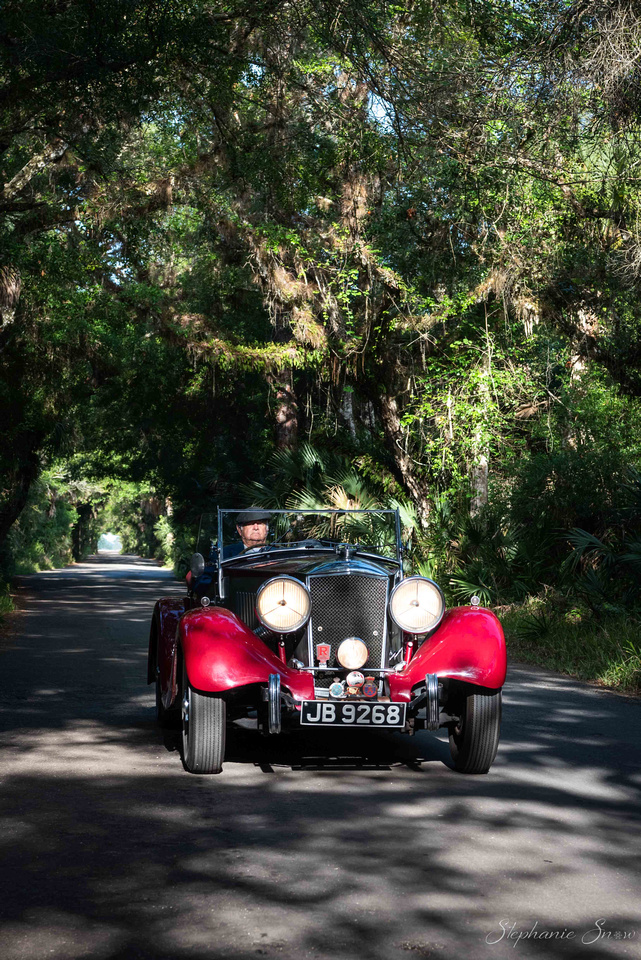 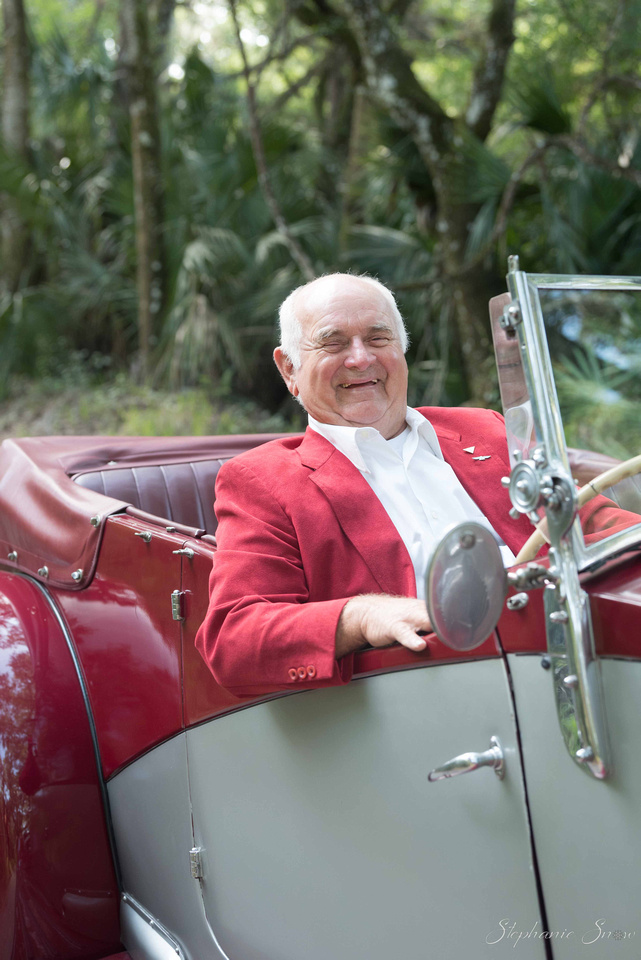 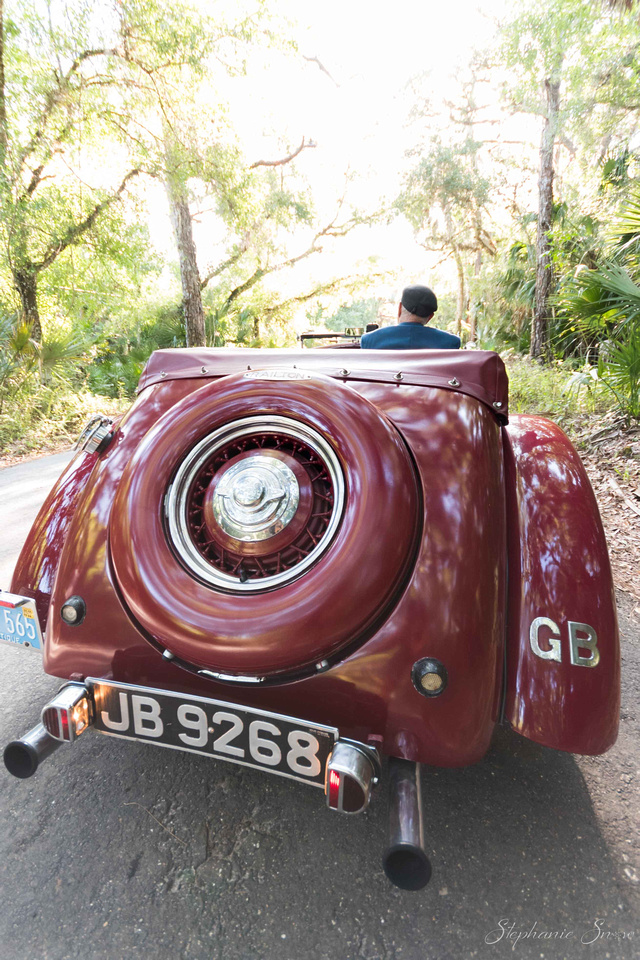 We then went back to his house so that we could photograph another car and the old fashioned garage he built.  With restored gas pumps and an old fashioned store, his attention to detail is amazing. 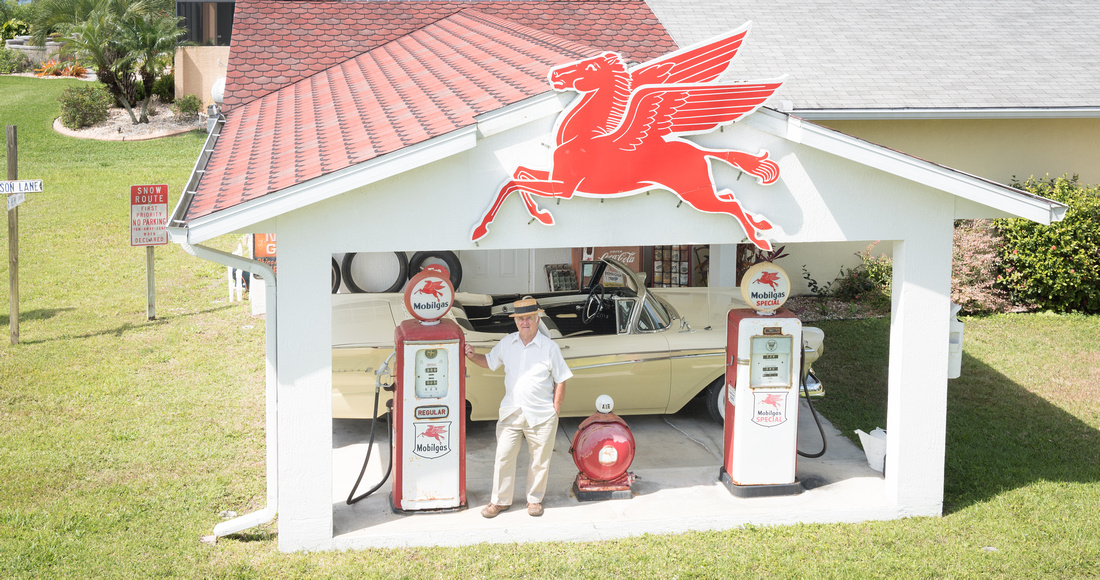 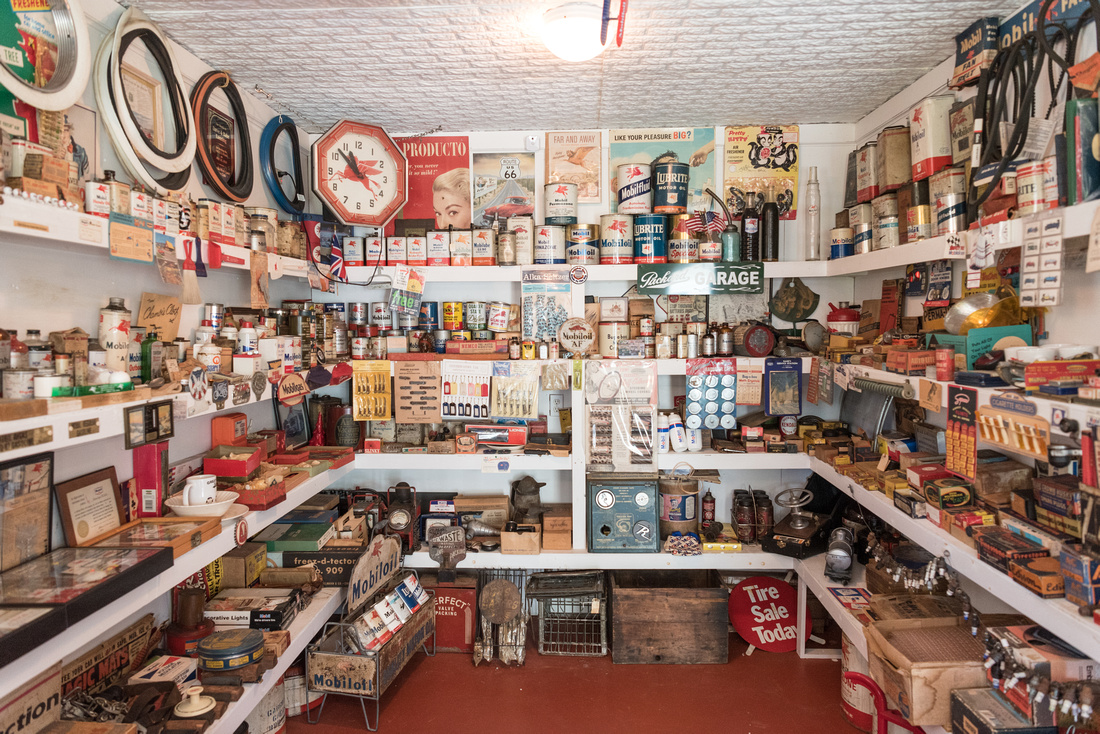 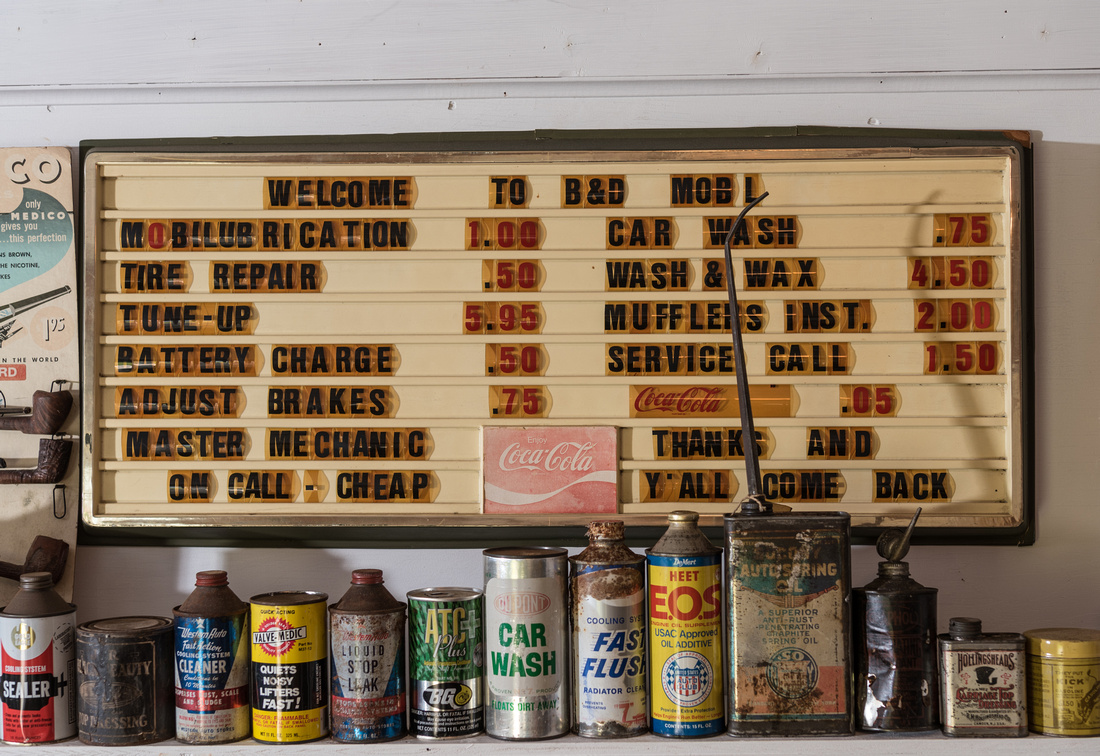 Just for fun and to show off his personality, we took a variety of other photos. 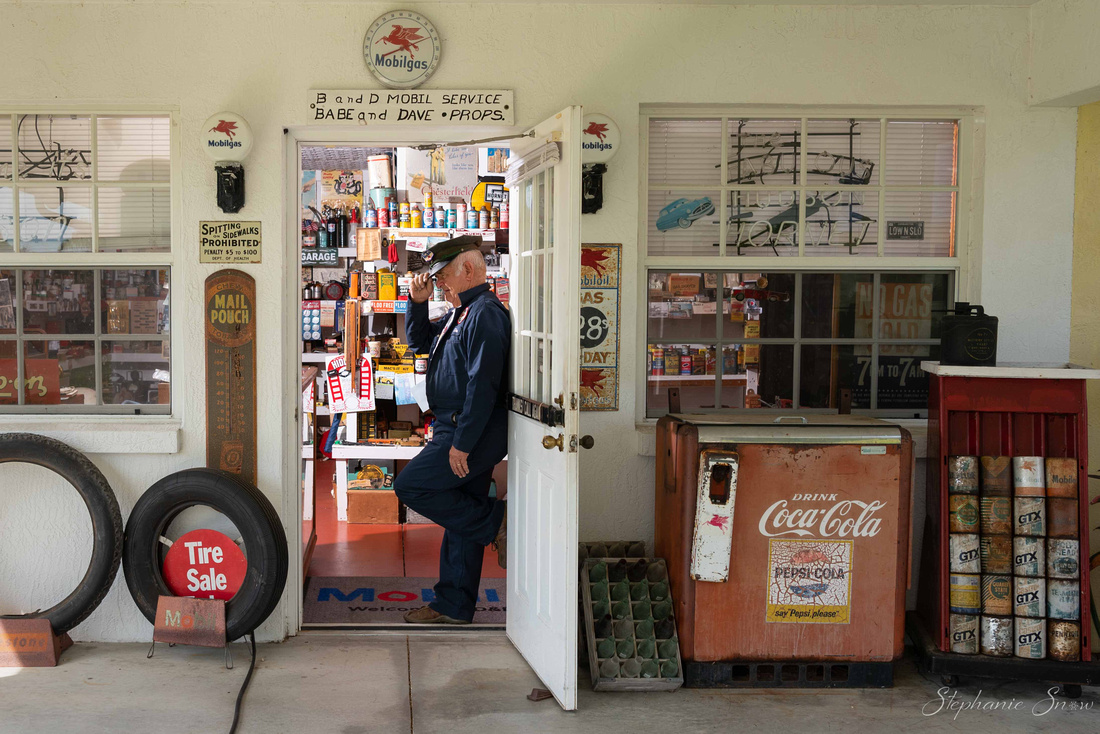 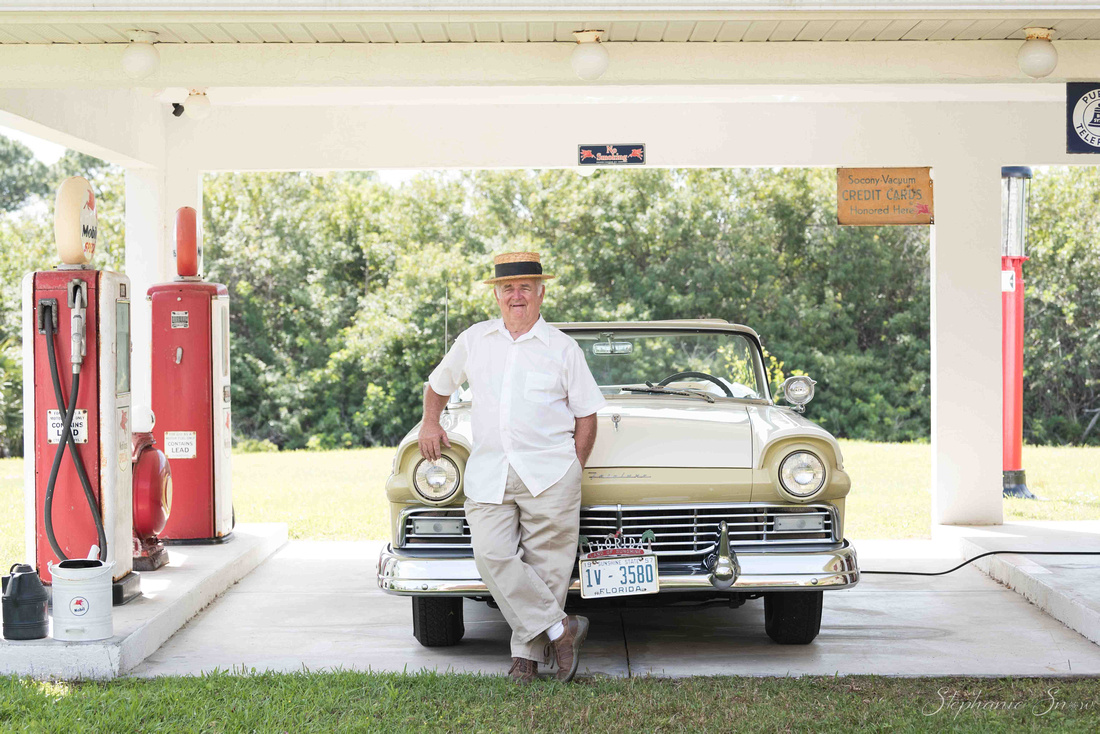 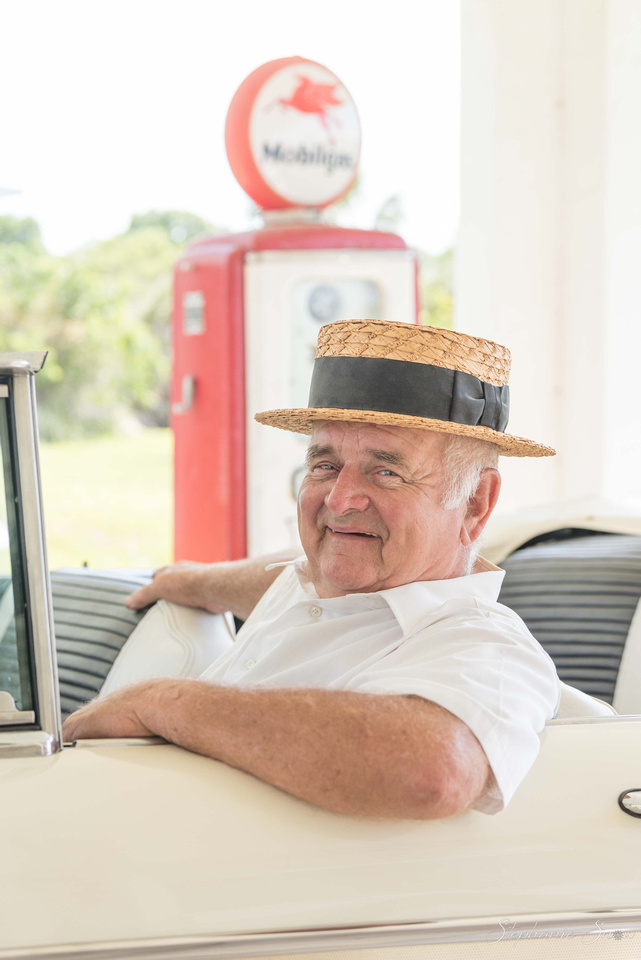 I could have spent all day with Dave and his other cars but it was getting hot and we had other business to take care of.

Although I didn't specifically photograph Dave for Venice Lifestyle Magazine, they decided to run a story on the Venice AACA and Dave and feature many of the fun photos we created that day.

Thank you Dave and all the members of the club that I met on my adventures.  I look forward to seeing them (and their cars) around town. 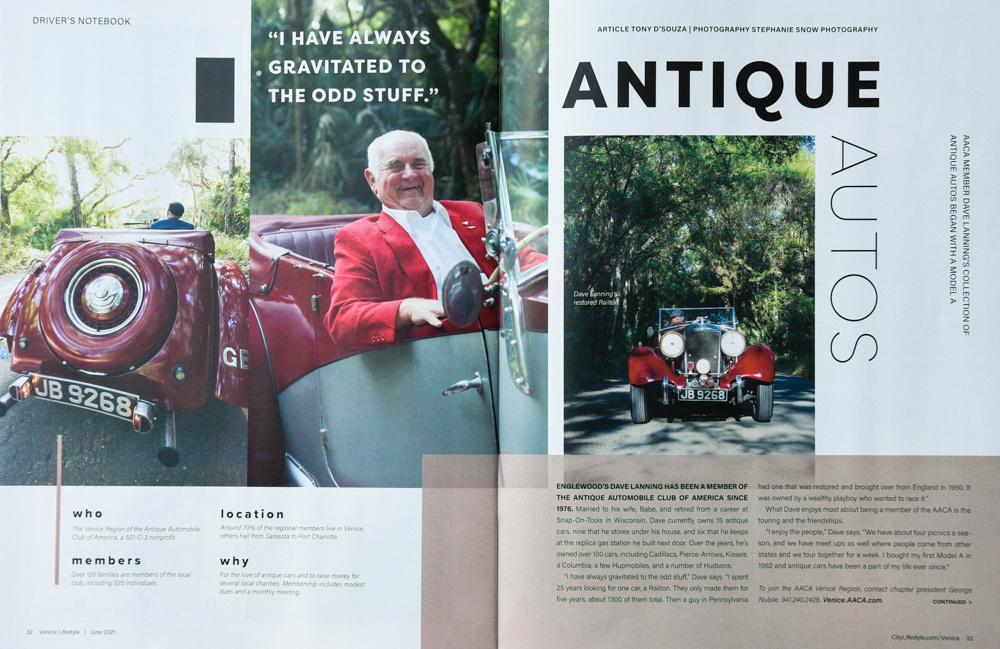 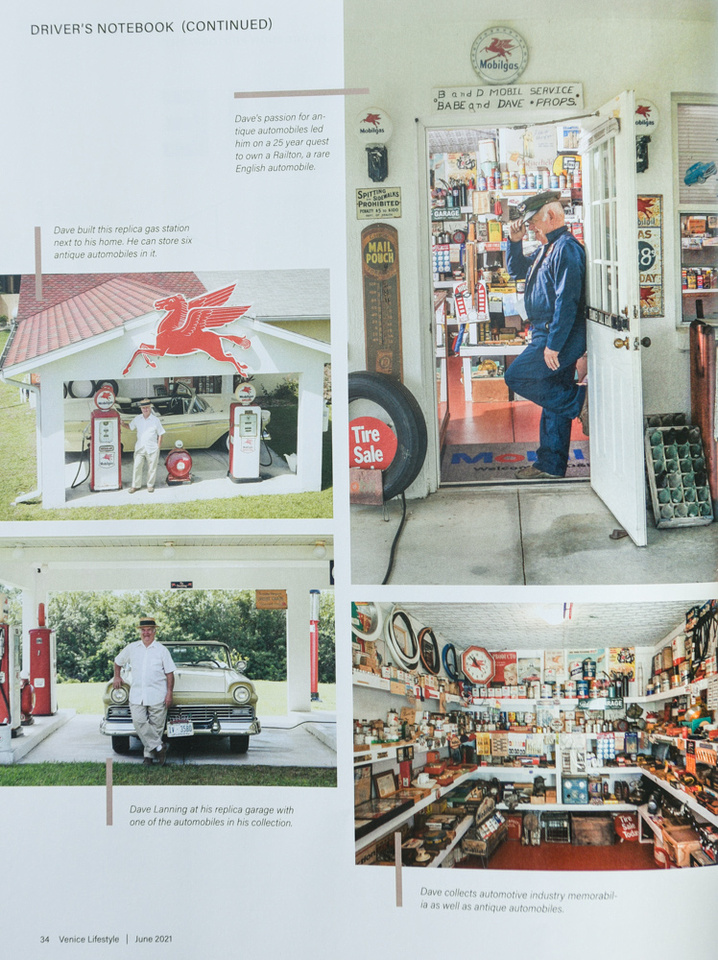