Ashley and Sheila met a couple of years ago at the Venice dog park.  They started talking after the dogs began playing together and started dating soon after.

Now they are planning their fall wedding at the Manasota Beach Club on Manasota Key, Florida.  They wanted engagement photos for their announcements so we decided to photograph on Boca Grande.  The dogs are a big part of their life so of course we had to include them in some of their pictures.

We started on Banyan Street with some casual but fun photos of everyone.  Through a bit of bribery with treats and their good training, the dogs cooperated and behaved as well as we could have hoped. 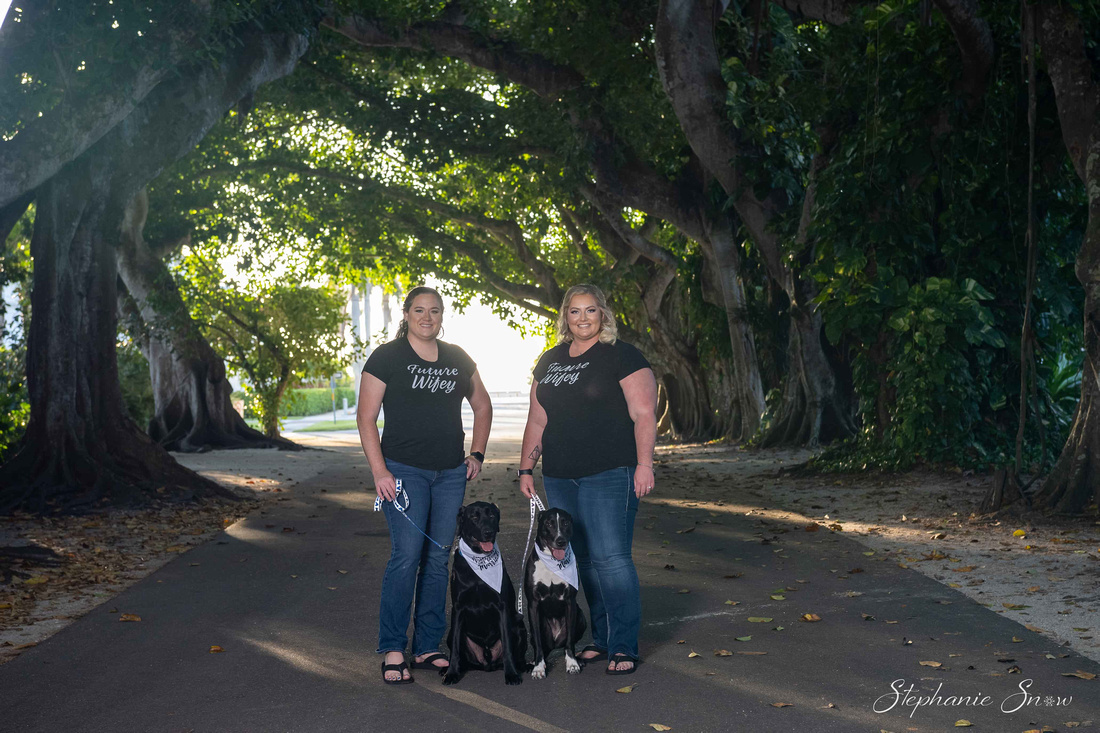 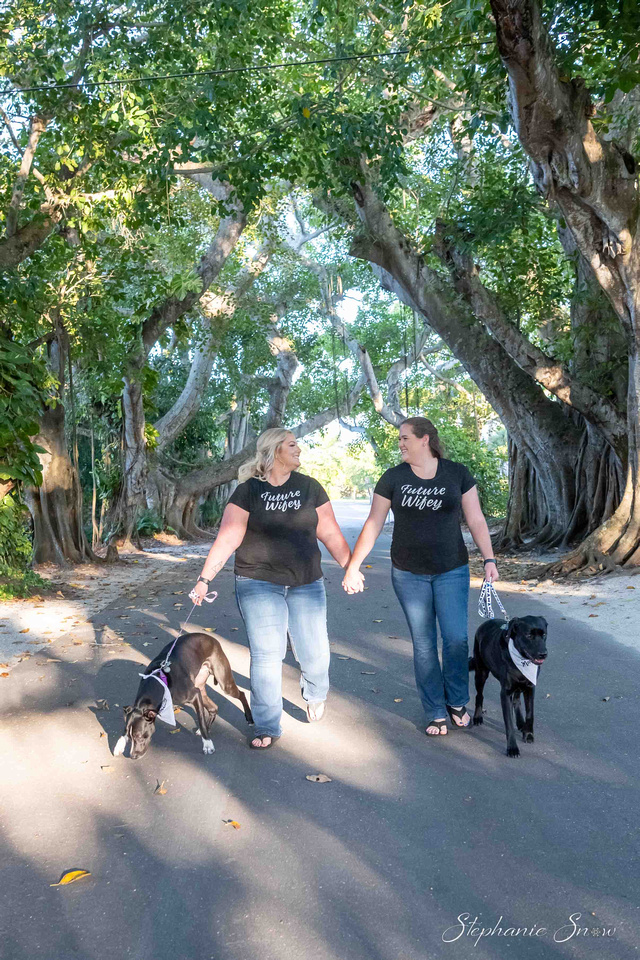 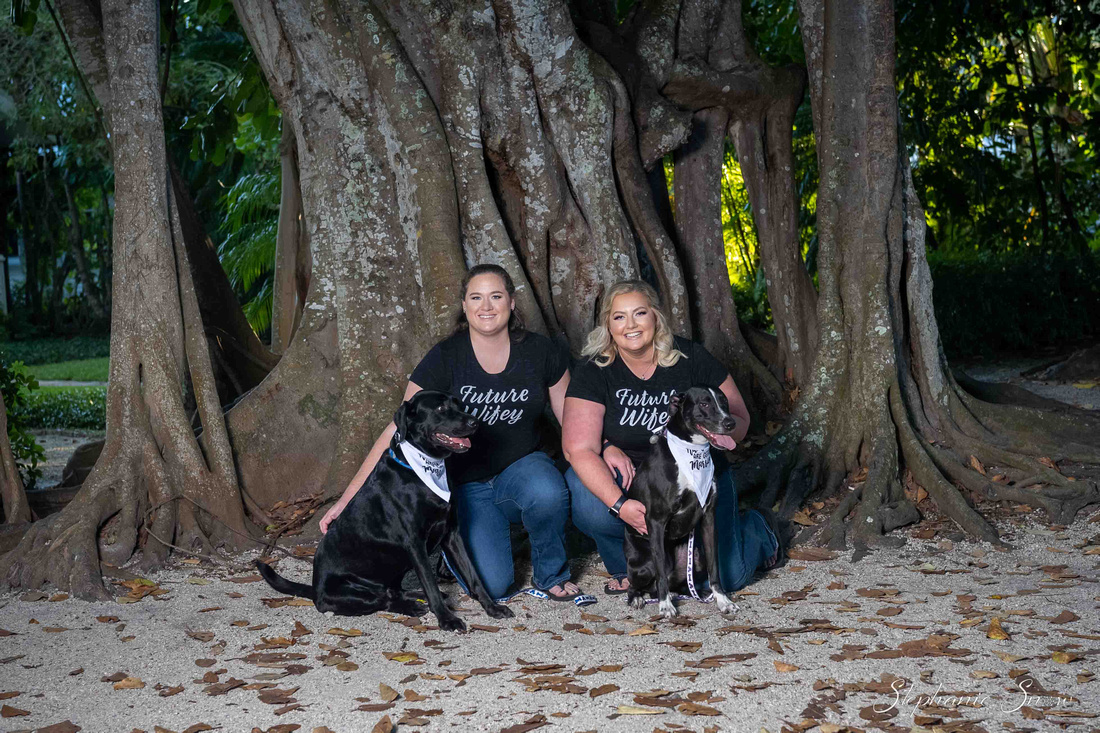 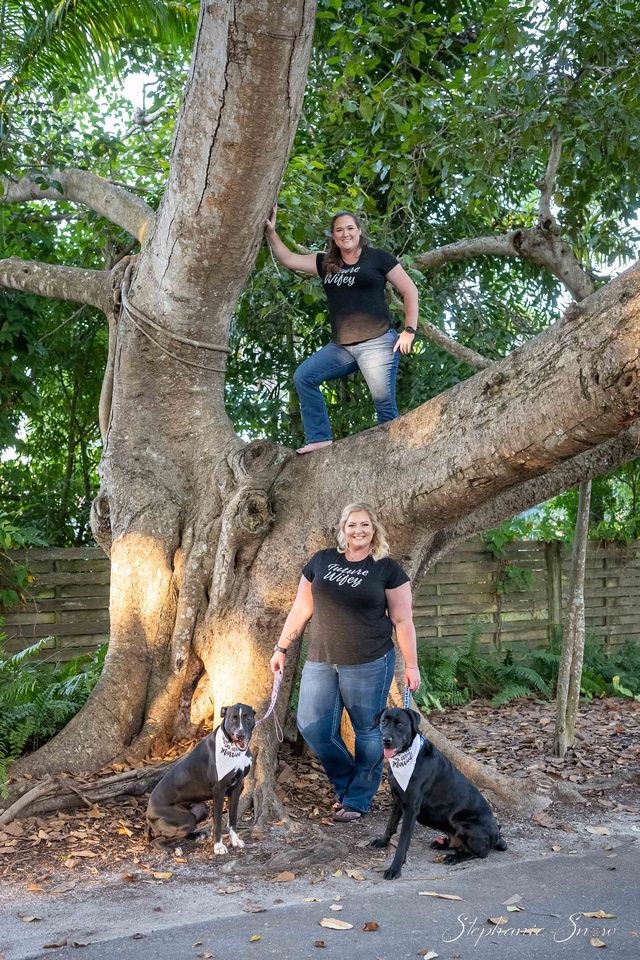 After behaving for several minutes, the dogs (and humans) needed a break.  The dogs happily sat aside as we captured some images of Ashley and Sheila. 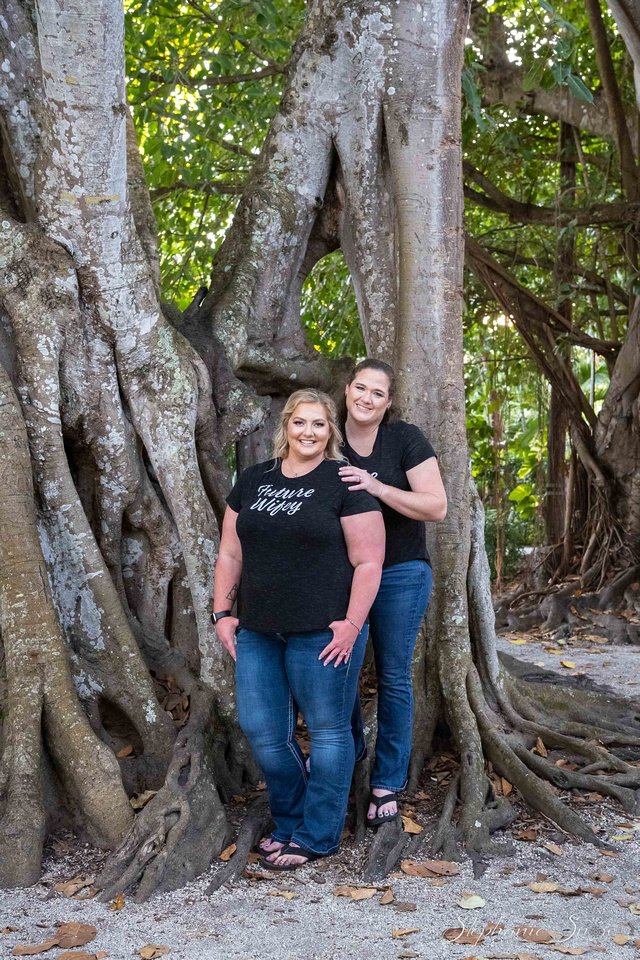 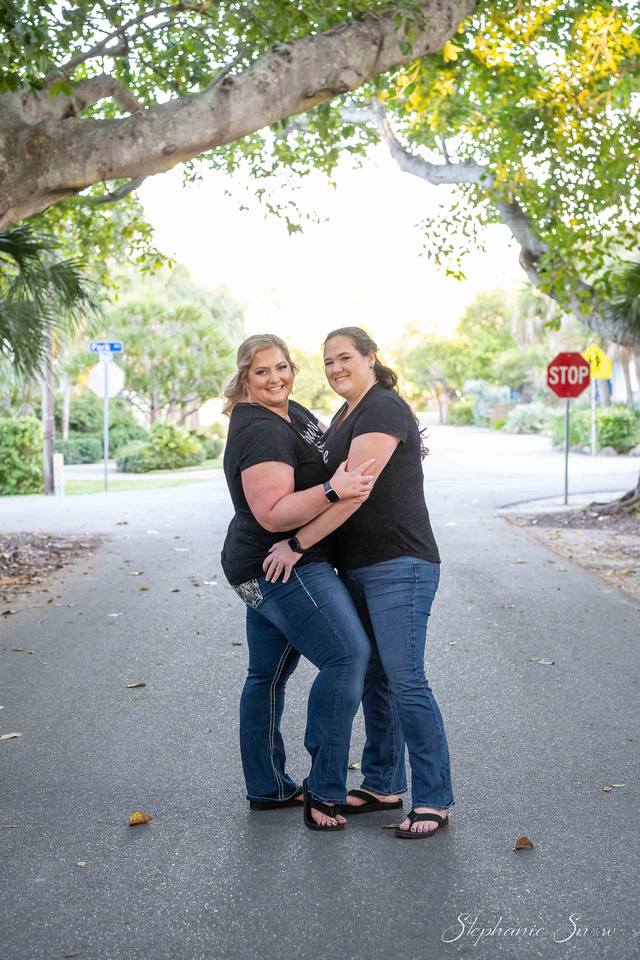 Next it was down to the beach for sunset.  After an outfit change, they were ready for some fun beach pictures. 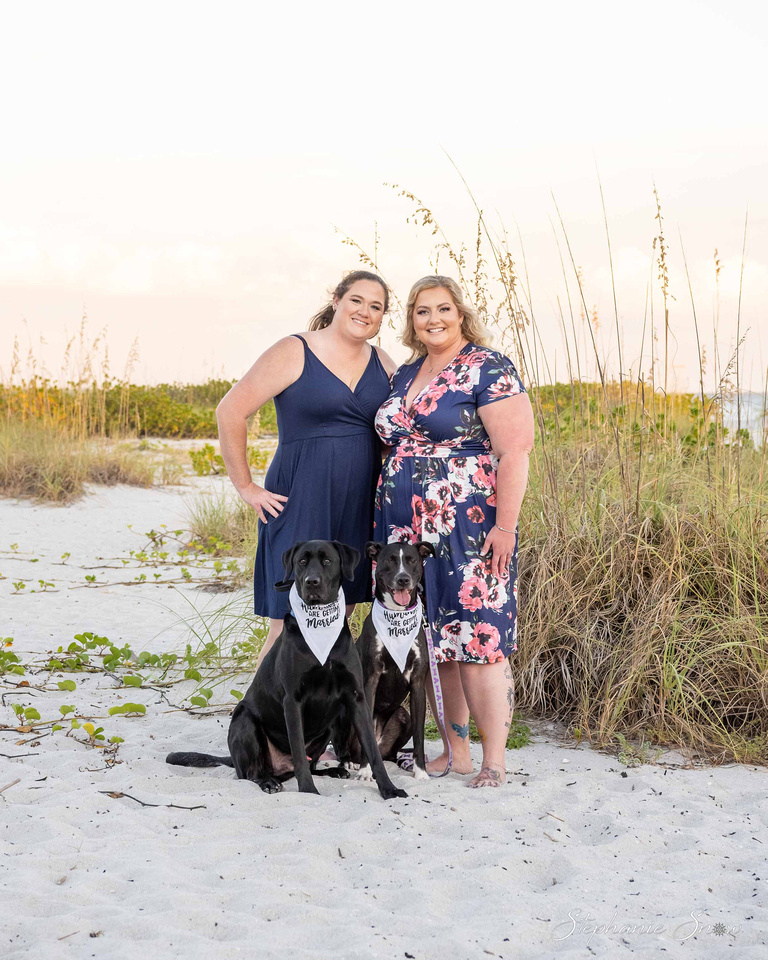 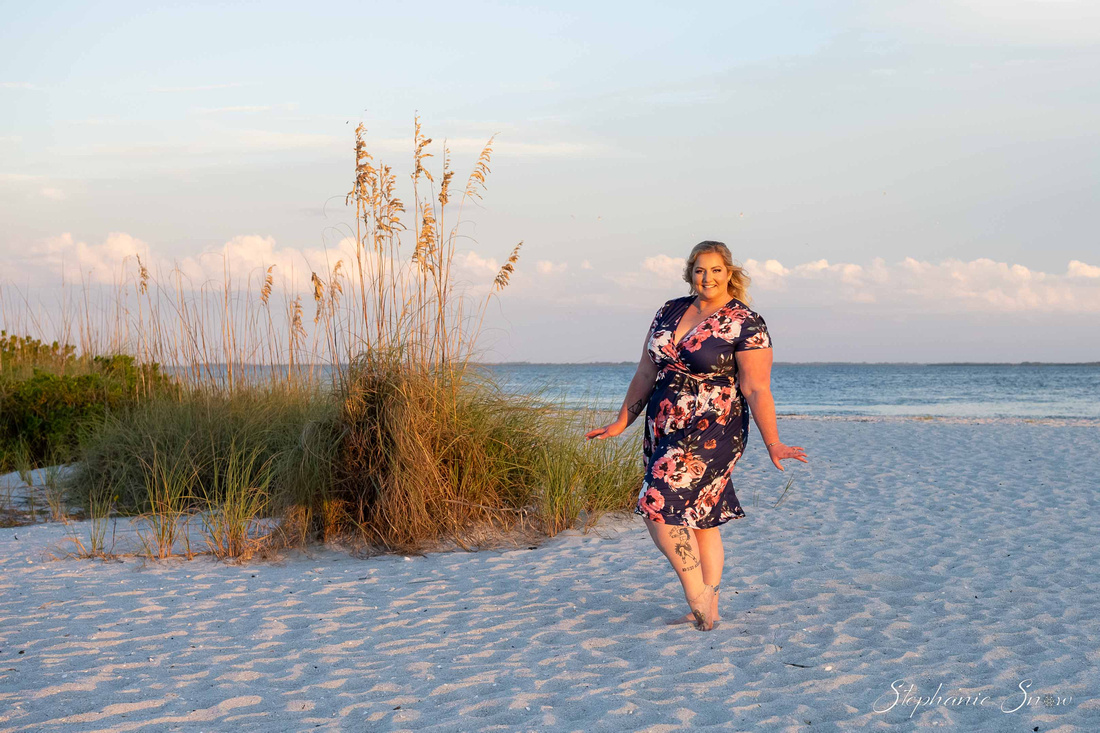 Sheila really wanted to climb on the rocks, so they carefully headed out. The light was going fast so we captured a few final images. 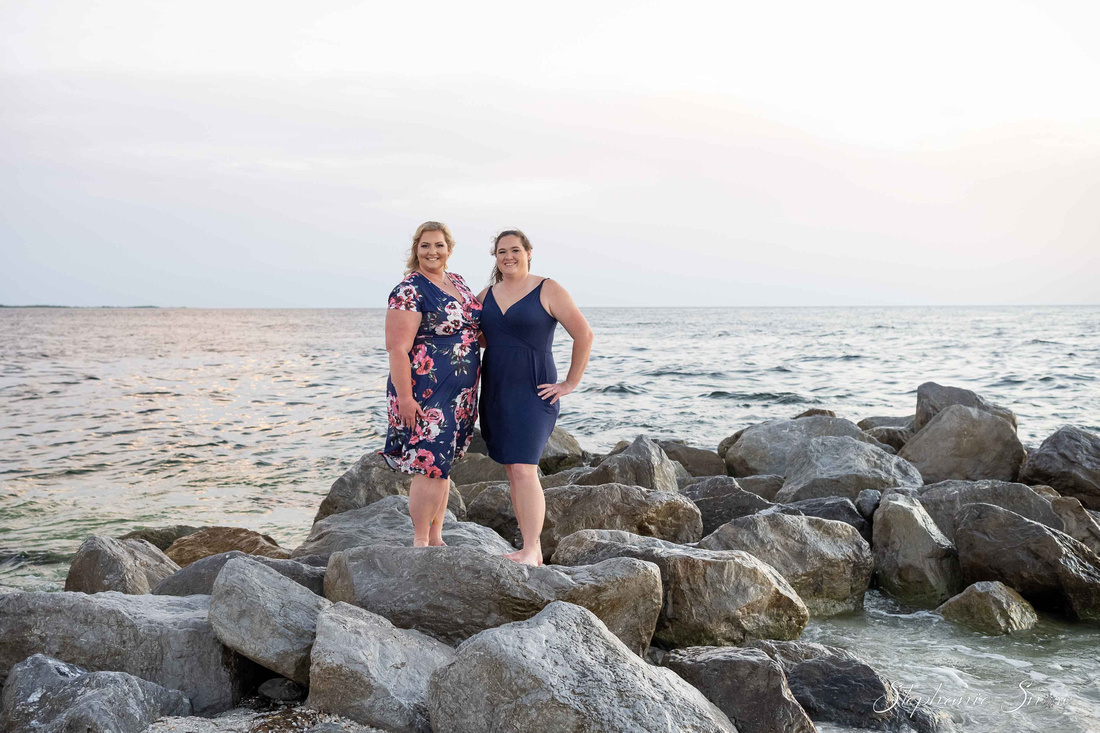 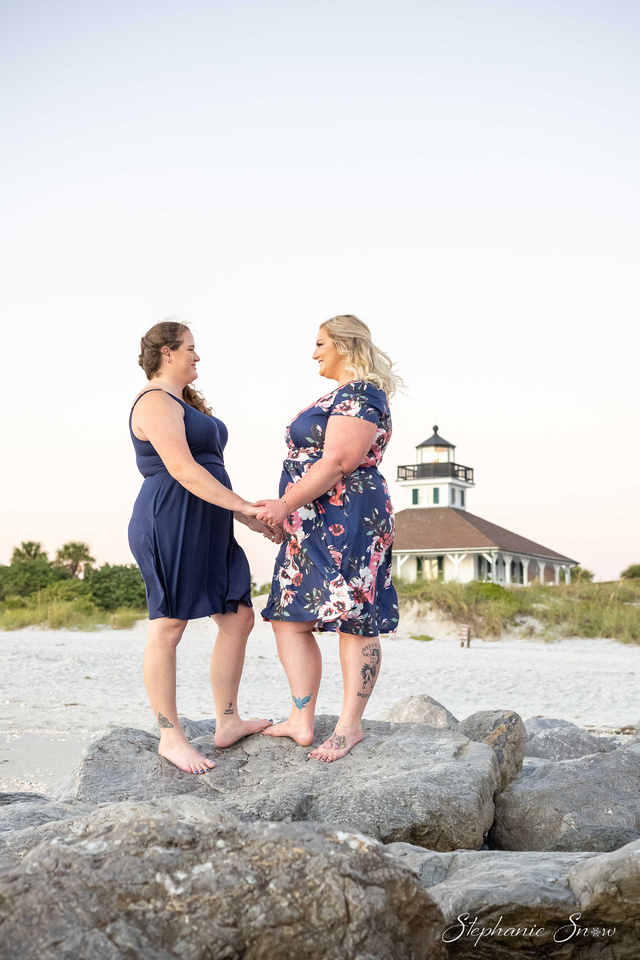 Now that their engagement photos are done, the wedding dresses chosen, the venue secured and the guest list narrowed down, they are looking forward to not only their wedding but the rest of their lives together.